The village of Howden is a lovely village close to York in the East Riding of Yorkshire. The Minister’s Tower dominates the local landscape. We were staying with friends who live in the next village at Barmby-on-the-Marsh.

Howden Minster is a listed Church of England church in the Diocese of York. It is one of the largest and most magnificent churches in the region, dedicated to St Peter and St Paul.

It’s a beautiful church with lovely stained glass windows and carved mice in various locations which you can search for in the woodwork.

The western end of Howden Minster serves as the parish church for the town of Howden and surrounding villages. It is in use for regular Christian worship and to support the community, education and the arts. The eastern end is ruinous, in the care of English Heritage. Currently, there is no public access inside the ruins. 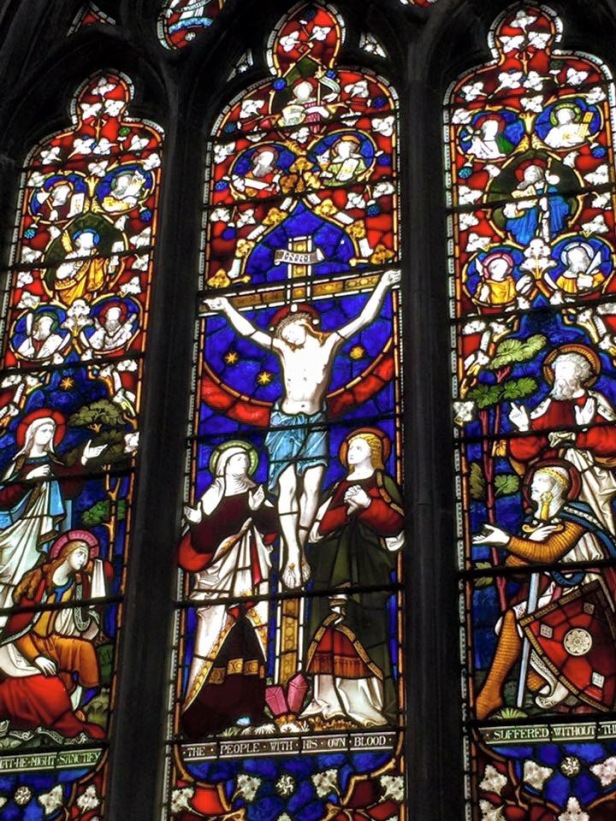 Of Anglo Saxon descent, after the Norman conquest, the church was granted by William I to Duham Priory. The present church was rebuilt in the latest style in the 13th century. Rebuilding the Norman church in the Early English style seems to have been begun in 1228. It became a Collegiate Church in 1267 served by a college of priests known as canons.

The Minister is packed with years of history. Stylistic detail suggests some of the masons (or their sons) from Notre Dame de Paris, who went on to work on the rebuilding of Westminster Abbey under King Henry III, then came north to build Howden Minster.

The impressive 135ft tower was added in the 15th century.

At this time Thomas, Cardinal Langley was the highest-ranking person to reside at Howden. He was Lord Chancellor (chief minster) to three kings including Henry V (of Shakespeare and Agincourt fame). He added a fine new brick gatehouse in the minster rectory garden, which can still be seen today. The cardinal’s time, saw Howden’s greatest splendours, however Howden’s great days come to an end shortly after in the 16th century.

In 1536, Howden Minster was at the heart of the Pilgrimage of Grace, the most serious Catholic rebellion against Henry VIII. The rebel leader was Robert Aske, a Howdenshire lawyer, who raised an army of over 30,000 men, but the rebellion failed. The Reformation removed the canons and most of the revenues from Howden. The shrine of St John of Howden, was broken up and pilgrimage ceased. (John of Howden was locally regarded as a saint, and after his death in 1275 his tomb became an important place of pilgrimage. He is remembered here each year on 2 May.)

The prince bishops withdrew to Durham, abandoning Howden to decay and ruin. The townsfolk continued to use the nave of the minster as their parish church, as they still do today, but the glorious days of cardinals and Kings in Howden were done. 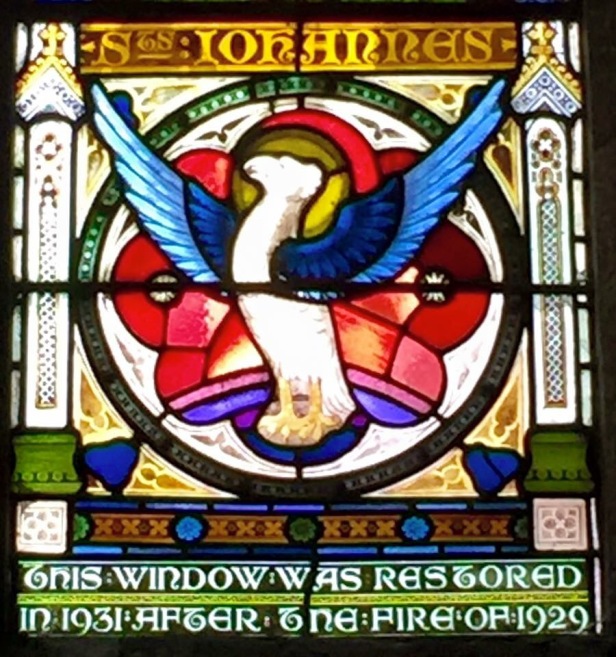 The famous Yorkshire wood carver, Mousy Thompson of Kilburn, made the fine choir stalls and much of the other minster furnishings. Children love to hunt for the 30+ Thompson mice hidden around the Minster.

The Minister is only open to visitors on a Thursday 09.30-15.00hrs except by prior appointment

Selby Abbey is an Anglican parish church in the town of Selby, North Yorkshire, England.

It is one of the relatively few surviving abbey churches of the medieval period, and, although not a cathedral, is one of the biggest. It was founded in 1069.

The tower is Norman. The abbey is a mixture of Norman, Gothic and Victorian styles and after a major fire in 1906 it has been beautifully restored. 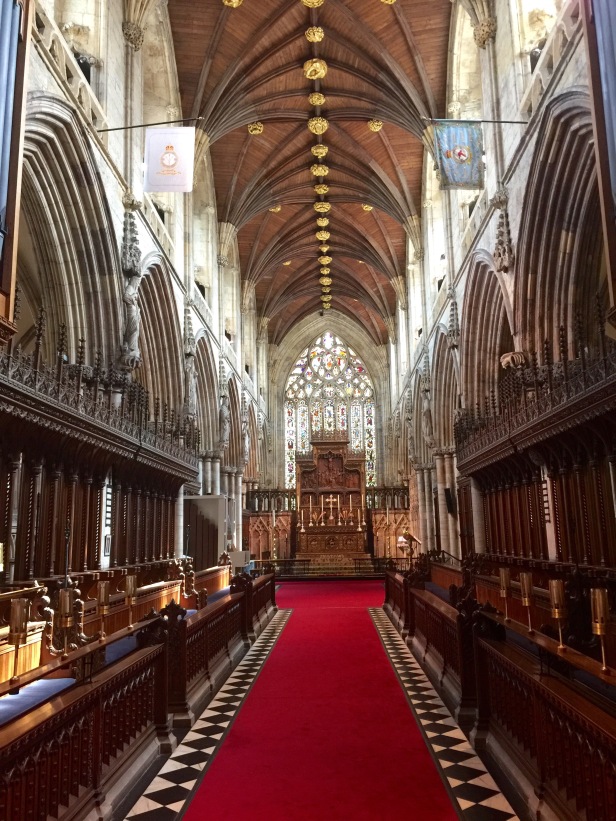 The interior bears some similarity to that of Durham Cathedral, on which the design was modelled. 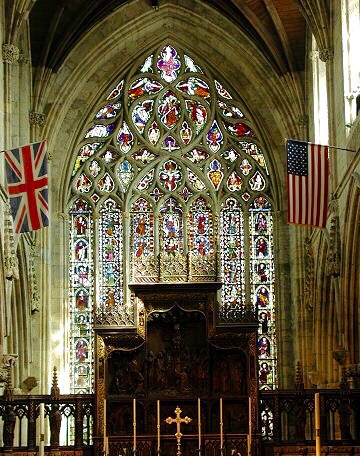 A major feature is the east window, which contains original medieval glass and depicts the Tree of Jesse.

Discover the Origin of the USA Stars and Stripes

Another notable feature of the abbey is the 15th century Washington Window, featuring the heraldic arms of the ancestors of George Washington, the first president of the United States.

A professional hotelier, Skalleague, travel writer and director of WDA Co. Ltd (tours/travel), Andrew has over 35 years of hospitality and travel experience. He is a graduate of Napier University, Edinburgh (Hospitality Studies.)

A UK national, Andrew was born in Yorkshire and prior to moving to Thailand Andrew gained valuable post graduate experience with Thistle Hotels (UK); Hilton Intl (Paris) and Sheraton Hotels & Resorts (London). He started his hotel career in Thailand with Shangri-La Hotels, Royal Garden Hotels and Resorts and the Landmark Group of Hotels (Thailand and UK) and later became General Manager of some of the country’s leading hotels including the Royal Cliff Beach Resort, Pattaya.

Andrew is a former board member and Director of Skal International (SI), National President SI THAILAND and President of SI BANGKOK. He is a regular guest lecturer at various Universities in Thailand including Assumption University’s Hospitality School.

Due to his extensive hospitality and travel experience, Andrew as a writer is widely followed.