BANGKOK: Global aviation has been battered and air traffic remains largely grounded as countries enforce their lockdowns and restrict travel, with few signs that the end is in sight. For the largest of carriers like IAG, United, American Airlines, Emirates, Lufthansa and many more (see summary below) all have been forced to seek help from their governments.
▫️ 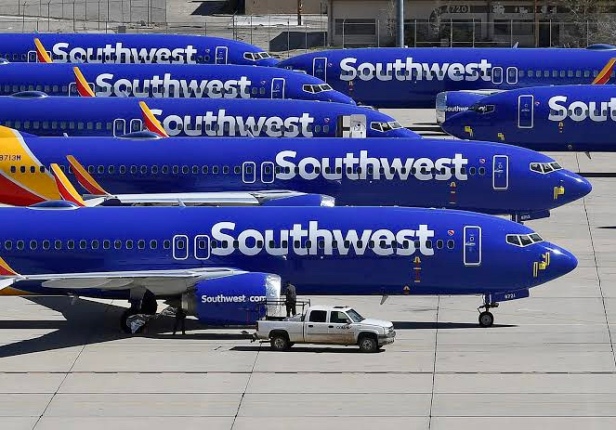 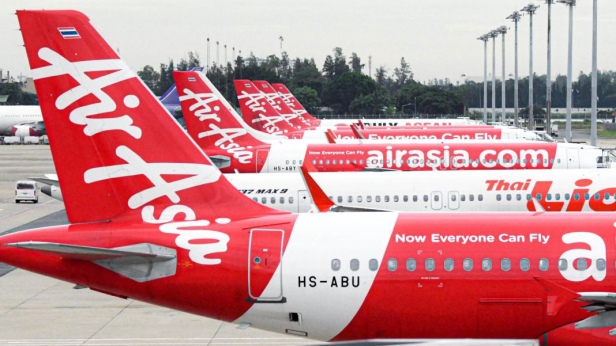 ▫️
The vital travel and tourism industry – which has often be the driver to a country’s economic recovery following past crises, is keen to see international air travel resume ASAP. The business of tourism which generates 10.3 percent of global GNP is anxious to restart travel.
▫️
A post-corona airline industry is going to look very different. Those that survive will have evolved into smaller leaner and debt laden businesses and probably bailed out by governments. Some aviation analysts are predicting that Covid-19 will leave the industry decimated and by the end of May 2020 most airlines in the world will run out of money. CAPA analysts have also reported the same, most of the world’s airlines could be bankrupt by the end of May if the situation does not improve.
One potential solution they propose would be to rescind national ownership rules and allow the industry to merge into global brands.
The post-corona chaos offers a rare opportunity to reset the building blocks of a global airline industry.
Emerging from the crisis will be like entering a battlefield littered with casualties. The field is open for lawmakers and financial markets to make their own demands on an industry that already has a long list – wish lists of ways they should treat customers better, reduce their carbon footprint and adopt more sustainable business practices.
▫️
As the impact of the corona virus slashes through our world, many airlines have already been driven into technical bankruptcy. We see cash reserves are running down quickly as fleets are grounded. Forward bookings far outweigh cancellations but each time there is a new government recommendation it is to discourage flying and travel.
▫️

▫️
The International Air Transport Association (IATA) most recent prediction is that European airlines will see demand drop by 55 percent in 2020 compared to 2019. Potential revenue losses in Europe will total $89 billion. The association revised its earlier loss prediction of $76 billion made in March as the impact of the pandemic continues to hit unprecedented levels.
There has been a 90 percent drop in regional demand in the last several weeks and IATA has cited restrictions limiting movement only to essential travel and repatriation of citizens as having a greater impact.
A significant number of European airlines have suspended passenger operations with two of the region’s largest carriers, easyJet and Ryanair, not expecting flights to operate until June.
Airlines will be hoping for corporate travel to bounce back quickly, business travellers probably pay four to five times the average fare on a typical flight – having them quickly back in their seats is vitally important.
Even if the economy begins to recover in the third quarter of this year, as many economists predict, corona virus fears could lead to a slow recovery as travel struggles to regain its pre-crisis levels.
▫️ 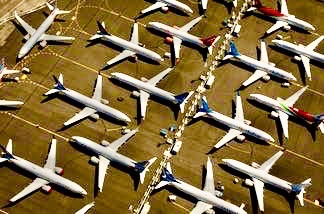 ▫️
It could take months for an airline to come back to life. Also if second waves of the disease emerge and possible hot-spot flare up these may reduce passenger confidence to travel. And while essential maintenance is still happening daily on parked planes, they will all need to be brought back into flying condition before being put back into service.
▫️
Demand is drying up in ways that are completely unprecedented. The new normal has not yet arrived at the airport.
▫️
↪️🔺AIRLINES IN CRISIS SUMMARY🔺↩️
▫️
✈️ The US government agreed a $61bn bailout for the US airline industry as the corona virus pandemic brings travel to a virtual standstill. The grants to major airlines including American, Delta, Southwest, JetBlue and United will probably come with strings attached.
On the 14 April 2020 the International Air Transport Association (IATA) released updated analysis showing that the COVID-19 crisis will see airline passenger revenues drop by $314 billion in 2020, a 55% decline compared to 2019.
Earlier, on the 24 March IATA had estimated $252 billion in lost revenues (-44% vs. 2019) in a scenario with severe travel restrictions lasting three months. The updated figures reflect a significant deepening of the crisis since then, and reflect:
1- Severe domestic restrictions lasting three months
2- Some restrictions on international travel extending beyond the initial three months
3- Worldwide severe impact, including Africa and Latin America (which had a small presence of the disease and were expected to be less impacted in the March analysis).
Full-year passenger demand (domestic and international) is expected to be down 48% compared to 2019.
▫️

▫️
✈️ Virgin Australia went into voluntary administration on April 21 due to crippling debts exacerbated by the corona virus lockdowns. At least 10,000 jobs would be at stake if the airline folds. Virgin is carrying about AUS$5 billion (US$ 3.2 billion) in debt and had sought federal help to keep operating but the Morrison government rejected a $1.4 billion bailout.
▫️ 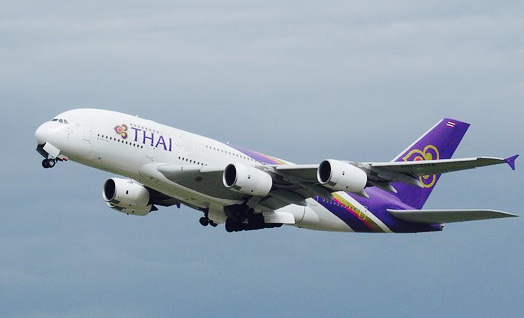 ▫️
✈️ Thai International (THAI) similarily to Virgin Australia is seeking a US$1.8 billion restructuring loan from the government. The loan is unpopular as many believe that in its existing state it is doomed to fail. Trust of its management and directors has reached new lows with the Thai Prime Minister Prayut Chan-ocha and the public. THAI must submit a rehabilitation plan by the end of the month if it wants the government to consider a rescue package. Transport Minister Saksayam Chidchob set the deadline amid this rising public sentiment against a state-backed loan. The proposal he said must address all of the 23 risk areas highlighted by the airline, and present a clear strategy for handling the new corona virus, growing revenue, and managing expenses. “The Thai Airways plan needs to be clear because the money is from public taxes, especially when the country needs to use the budget for managing the virus and assisting the public,” the Transport Minster said.  The Prime Minster reported on the 12 May that the cabinet has still not received a rehabilitation plan for Thai Airways International. This has raised speculation that it could file for bankruptcy, though Prime Minister Prayuth Chan-ocha has said all rescue options are to be considered first.
▫️ 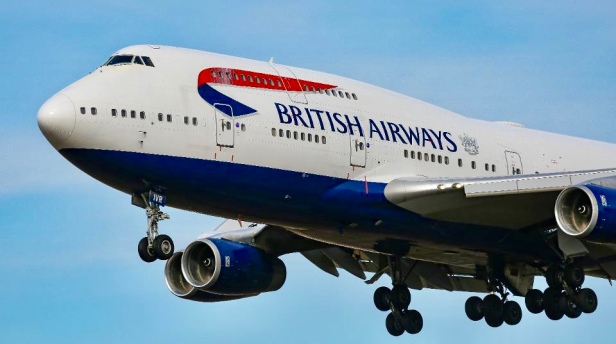 ▫️
✈️ IAG (British Airways’ parent company) the group announced in March moves to protect capital and reduce costs.
“We have seen a substantial decline in bookings across our airlines and global network over the past few weeks and we expect demand to remain weak until well into the summer,” CEO Walsh said. “We are therefore making significant reductions to our flying schedules. We will continue to monitor demand levels and we have the flexibility to make further cuts if necessary. We are also taking actions to reduce operating expenses and improve cash flow at each of our airlines. IAG is resilient with a strong balance sheet and substantial cash liquidity.”
Capacity for April and May will be cut by at least 75% compared to the same period in 2019. The group will also ground surplus aircraft, reduce and defer capital spending, cut non-essential and non-cyber related IT spend, and discretionary spending. The company also plans to reduce labour costs by freezing recruitment, implementing voluntary leave options, temporarily suspending employment contracts, and reducing working hours.
▫️
✈️ Air Mauritius on the 22nd April entered voluntary administration after corona virus related disruptions made it impossible for the airline to meet its financial obligations.
▫️
✈️ South African Airways Bankrupt. On 5 December 2019, the Government of South Africa announced that SAA would enter into bankruptcy protection, as the airline has not turned a profit since 2011 and ran out of money.
▫️
✈️ Finnair returns 12 planes and lays off 2,400 people.
▫️
✈️ YOU grounds 22 planes and fires 4,100 people.
▫️
✈️ Ryanair grounds 113 planes and gets rid of 900 pilots for the moment, 450 more in the coming months.
▫️
✈️ Norwegian completely stops its long-haul activity!!! The 787s are returned to the lessors.
▫️
✈️ SAS returns 14 planes and fires 520 pilots… The Scandinavian states are studying a plan to liquidate Norwegian and SAS to rebuild a new company from their ashes.
▫️
✈️ IAG (British Airways) grounds 34 planes. Everyone over 58 to retire.
▫️
✈️ Ethiad cancels 18 orders for A350, grounds 10 A380 and 10 Boeing 787. Lays off 720 staff.
▫️
✈️ Emirates grounds 38 A380s and cancels all orders for the Boeing 777x (150 aircraft, the largest order for this type). They “invite” all employees over 56 to retire
▫️
✈️ Wizzair returns 32 A320s and lays off 1,200 people, including 200 pilots, another wave of 430 layoffs planned in the coming months. Remaining employees will see their wages reduced by 30%.
▫️
✈️ IAG (Iberia) grounds 56 planes.
▫️
✈️ Luxair reduces its fleet by 50% (and associated redundancies)
▫️
✈️ CSA abolishes its long-haul sector and keeps only 5 medium-haul aircraft.
▫️
✈️ Eurowings goes into Bankruptcy
▫️
✈️ Brussels Airline reduces its fleet by 50% (and associated redundancies).
▫️
✈️ Lufthansa, the German federal government agreed on a €9 billion ($9.74billion) rescue package and plans to ground 72 aircraft.
▫️
✈️ Air France KLM Chief Executive Ben Smith said that voluntary redundancies would be part of the airline’s initial cost-cutting plans, and that costs at its ‘HOP’ arm were not viable as things stood. In an interview just hours after Air France KLM secured 7 billion euros ($7.6 billion) in French government aid, he also said that it could take two years, or possibly “even a bit longer,” before things returned to normal in the aviation and airline industry.
▫️ 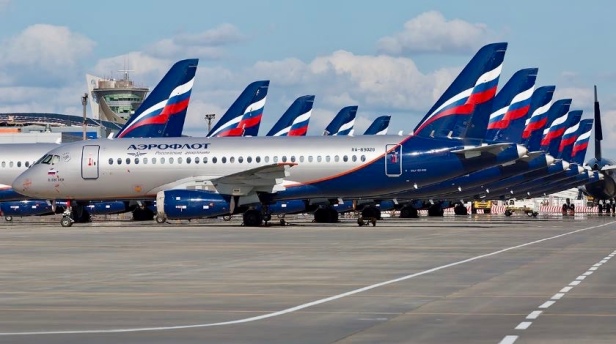 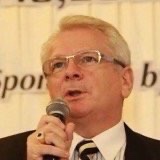 Andrew J Wood was born in Yorkshire England, he is a professional hotelier, Skalleague and travel writer. Andrew has 48 years of hospitality and travel experience. He is a hotel graduate of Napier University, Edinburgh. Andrew is a past Director of Skål International (SI), National President SI Thailand and is currently President of SI Bangkok and a VP of both SI Thailand and SI Asia. He is a regular guest lecturer at various Universities in Thailand including Assumption University’s Hospitality School and the Japan Hotel School in Tokyo.