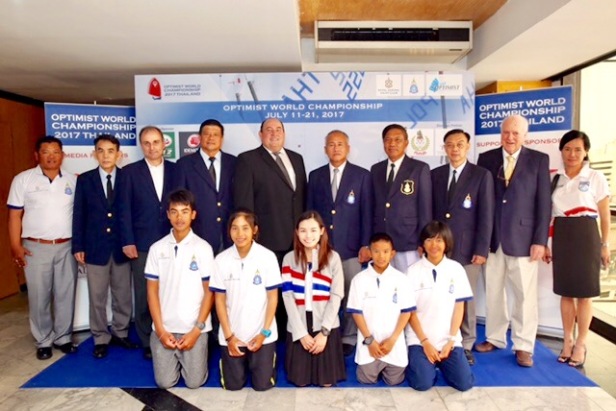 BANGKOK 03 April: Thailand has been selected to host the Optimist World Championship 2017 to be organised between 11-21 July, 2017 at the Royal Varuna Yacht Club (RVYC) in Pattaya. Over 59 countries have already confirmed to compete in the event, and each country will send their most talented Optimist sailors to race as national representatives on this world stage.

Organised by the Royal Varuna Yacht Club (RVYC), the Yacht Racing Association of Thailand (YRAT) in conjunction with the International Optimist Dinghy Association (IODA) with strong support from the Sports Authority of Thailand (SAT).

The Optimist Dinghy has proven to be the ideal boat for introducing young children to the sport of sailing.

The object of the class is to provide an affordable racing boat for young people. Optimist Dinghy sailing typically starts at the age of 7 or 8 and continues to 15 years of age. 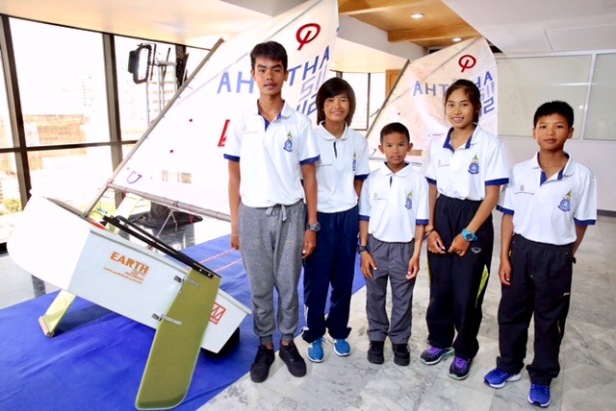 More than 85% of all sailors who participated in the Rio Olympics sailed in Optimist Dinghies when they were young.

Mr Whitcraft said, “The Royal Varuna Yacht Club is proud to have been chosen as the host venue for the prestigious Optimist World Championship 2017. We relish the opportunity to host the Championship and showcase Thailand as a great venue for International sailing events.

“This is the 2nd time in Thai history that Thailand has won the honour of hosting the world-class event. We held our first Optimist World Championship here at RVYC back in 1979 and it is great that the club has been selected to be the international venue once again.”

He continued, “We are blessed in Thailand to have weather that is great for sailing all year round with more than our fair share of consistent winds. Moreover, the reputation of Thailand for providing exceptional hospitality comes from its wonderful people, beautiful seas and great food, so we really are a standout world sailing destination.”

Admiral Kraisorn Chansuvanich, Honorary President of the Optimist World Championship 2017 and also President of the Yacht Racing Association of Thailand (YRAT), said, “Thailand is pleased and warmly welcomes all young optimist sailors from around the world to compete in the Optimist World Championship 2017. This event will provide an inspiration for Thai youths to take up sailing and boost the development of Optimist sailing in Thailand to international standards.”

The Optimist World Championship 2017 Thailand has been supported by strategic partners including the Sport Authority of Thailand (SAT), Thailand Convention and Exhibition Bureau (TCEB). Co-Sponsors include The Pizza Company, Apollo (Thailand), Thai Airways and True Corporation.

Under Royal Patronage, the Royal Varuna Yacht Club was founded by HSH Bhisadej Rajani and Mr. Walter J. Meyer  in 1957 and other members.

The Royal Varuna Yacht Club (RVYC) founded in 1957 is the premier sailing club and centre of dinghy sailing in Thailand, located in a secluded cove between Pattaya and Jomtien.  It is a Not-For-Profit Association with a constitutional mandate to Promote Sailing in Thailand.