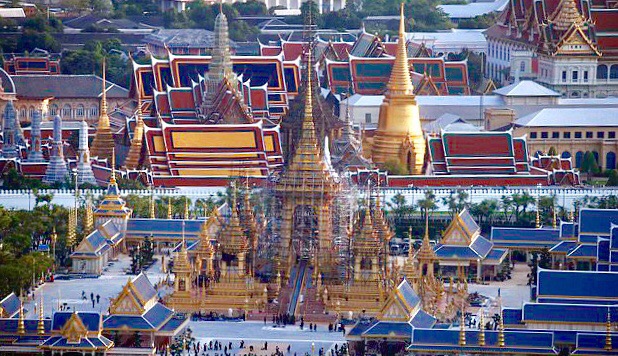 BANGKOK – Thai artists and craftsmen are putting the finishing touches on an elaborate crematorium complex ahead of the funeral of King Bhumibol Adulyadej, who reigned for 70 years before his death on Oct. 13, 2016. 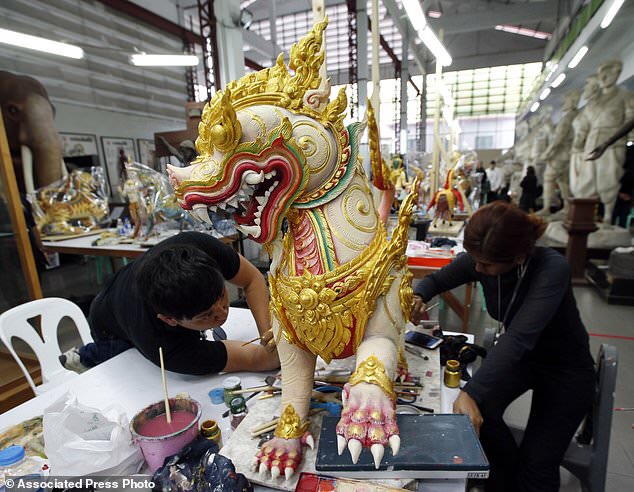 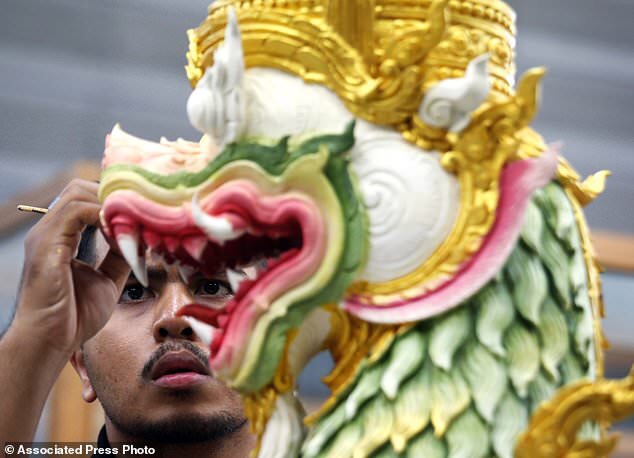 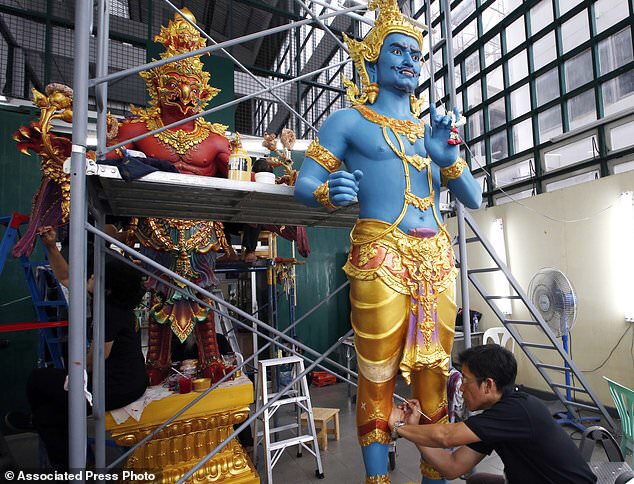 The crematorium, situated on a public field near the Grand Palace in Bangkok, is a representation of mystical Mount Meru, where gods reside, according to Buddhist and Hindu legends. 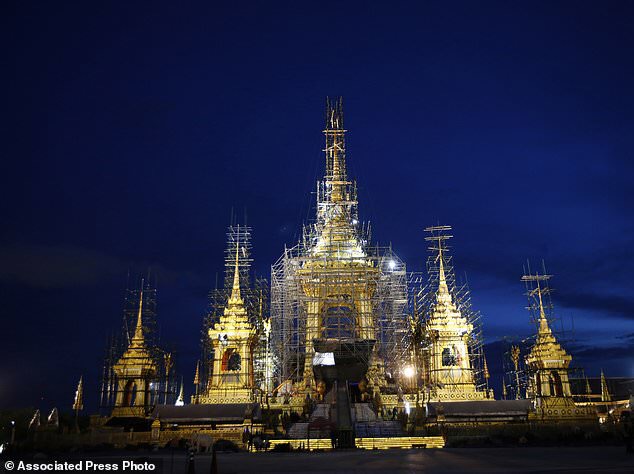 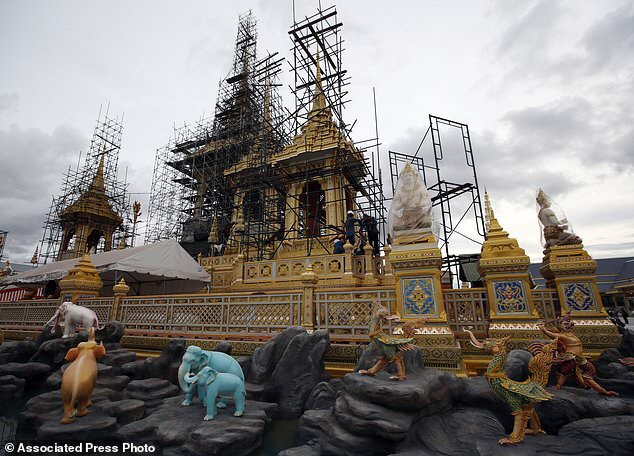 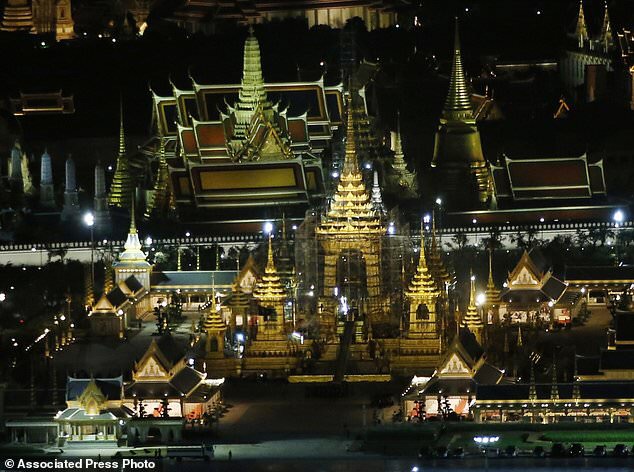 The complex features nine golden-spired pavilions and more than 100 sculptures and statues of angels, gods, mythical creatures and former kings.

King Bhumibol will be honored in an elaborate royal cremation ceremony from Oct. 25 to 29. 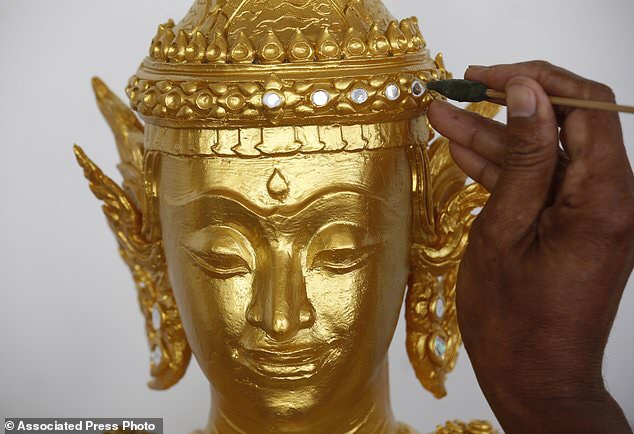 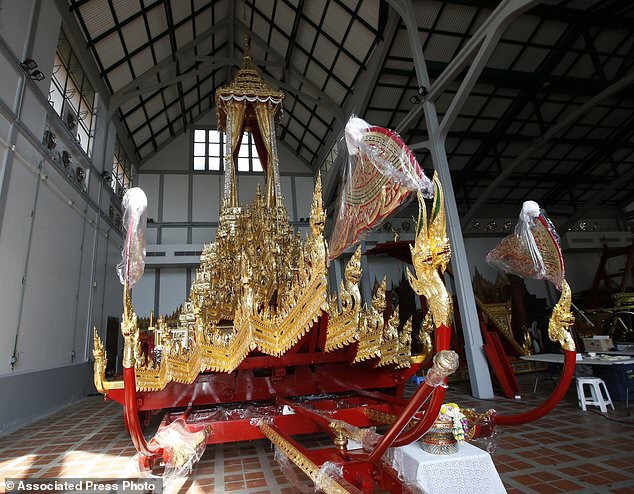 In this Sept. 8, 2017, photo, the royal chariot which will be used to carry the body and the royal urn of the late Thai King Bhumibol Adulyadej, is displayed at the National Museum.

The events, which have a budget of 1 billion baht ($30 million), are the culmination of more than a year of official mourning. 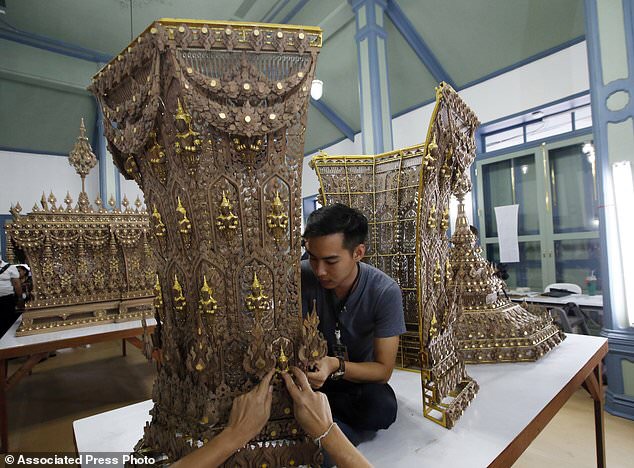 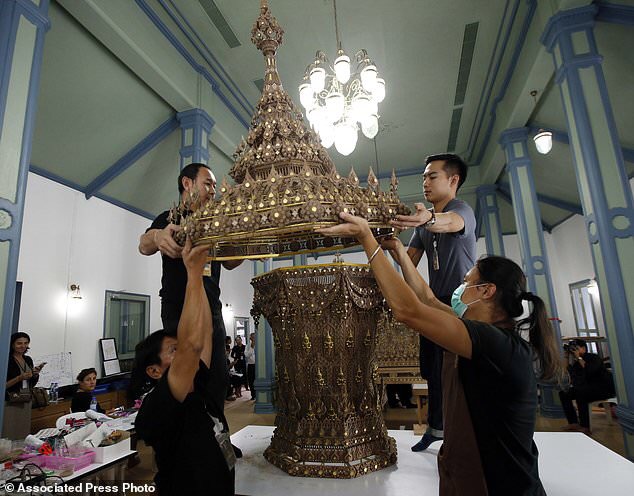 In this Sept. 8, 2017, photo, Thai artists install a royal urn made of sandalwood which will be used in the royal crematorium for the late Thai King Bhumibol Adulyadej. (AP Photo/Sakchai Lalit)

4 thoughts on “Historic Pictures of the Royal Crematorium in Bangkok”